Tesla Chief Executive Elon Musk in a letter to shareholders said that Tesla had a profit of $7 million, or 5 cents a share, by excluding costs associated with stock compensation, early repayment of a federal loan and costs associated with a lease program. Such measures don't conform to generally accepted accounting principles, or GAAP.

On a GAAP basis, consistent with the way that rival auto makers report results, Tesla said it lost $11.79 million from operations, before interest and taxes, during the just-ended quarter, and burned $78.7 million in cash.

Revenue declined by more than $150 million from the first quarter, mainly because the company deferred some revenue associated with cars delivered under a new financing program designed to mimic a lease.

The purchase/lease financing accounted for 30% of the auto maker's sales in the quarter ended June 30. In addition to the lease change, Tesla received $51 million from selling pollution credits to other auto makers, down from $68 million in the prior quarter.

Tesla said it had cash on hand of $746 million, up from $214 million at the end of the first quarter, reflecting a sale of shares during the quarter.

Model S deliveries increased by 5% from the first quarter to 5,150 cars. Tesla said it began delivering cars to Europe this year and forecast it would produce about 5,000 vehicles in the current quarter. It delivered 89 cars in the year-earlier quarter.

Mr. Musk said during a conference call that its current backlog of Model S orders is averaging about 20,000 in North America on an annual basis. He said based on current reservations abroad that global demand for the model should be about 40,000 a year.

He said the company is working through production constraints that have been caused primarily by suppliers that haven't scaled up enough to meet demand. Mr. Musk said suppliers were following guidance from forecasting firm IHS Automotive that Tesla would only sell 3,000 Model S vehicles in its entire lifetime and didn't build enough capacity to meet current demand.

Lower cost batteries should enable Tesla to make a profit on a planned lower-cost electric sedan in late 2016, he said. "I have high confidence that we can create a compelling car for around $35,000—compelling being around 200 miles range."

A concern is capacity to produce enough battery cells for the vehicle, he said. "It's really quite a large number to be supplying a factory that is producing say, 400,000 to 500,000 cars."

Mr. Musk affirmed in his letter to shareholders that Tesla can deliver about 21,000 cars this year and said the company is on track to achieve 25% gross margins for the year, using a non-GAAP calculation. Mr. Musk said during a conference call Tuesday that Tesla's automotive gross margin, revenue received from selling cars minus the direct costs of building them, was 13% in the latest quarter. That figure doesn't include money received from selling pollution credits.

In his shareholder letter, Mr. Musk cited a different non-GAAP gross margin of 22%. That figure included revenue from sales of pollution credits.

Mr. Musk affirmed a forecast for Tesla's non-GAAP gross margin to hit 25% by the fourth quarter, and added, "we are cautiously optimistic that a number above that level may be achievable in future quarters."

Investors are closely following gross margin as a signpost for how well the young company is managing itself. That measure doesn't include the costs of developing new vehicles, marketing or retail and distribution costs.

The letter also said that demand was strong enough that the company bought 31 acres next to its Fremont, Calif., factory for potential expansion. The letter said demand remains strong for the Model S and grew at twice the rate outside of California, its primary market, than in the state.

Tesla has been among the hottest stocks in the U.S. since posting an $11 million net profit in the first quarter of 2013. Investors have gobbled up shares in the company as Mr. Musk has outlined a vision of selling between 400,000 and 500,000 electric vehicles a year, including a sport-utility vehicle and a second, lower priced sedan.

Write to Mike Ramsey at michael.ramsey@wsj.com 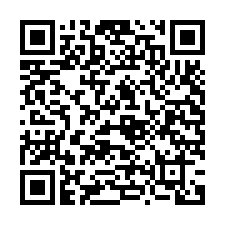